I had no clue that there could be a difference between bloody show and mucus plug when I was pregnant.

There may be affiliate links in this article. See my disclosure for more information.

Unfortunately, this is one of those topics surrounding pregnancy that can be hard to approach. We aren’t talking about the pretty glowing face or the nicely rounded belly of a pregnant woman.

We are talking about blood. And mucus. But hey–it’s natural, right? Although it’s perfectly normal and natural, it’s not a topic that comes up in dinner conversation (for MOST people!)

I had read a lot about losing my mucus plug, but I just sort of assumed that losing your mucus plug and bloody show were the same thing. Turns out, there can be a bit of a difference.

What’s the difference between bloody show and mucus plug?

These two words are often used interchangeably, but it’s not always accurate to do so.

Bloody show is losing vaginal blood and mucus at the same time, losing your mucus plug is just losing mucus.

We will dissect exactly what your mucus plug and bloody show are below.

Related: How to Mentally Prepare for Labor

In the video below, Dr. Green talks to us about signs of soft labor and the difference between bloody show and mucus plug

What is bloody show?

Bloody show sounds a little dramatic – but it’s perfectly natural (and not that scary). It is a passage of a small amount of blood (or some blood-tinged mucus) through your vagina near the end of pregnancy. It is usually pink-tinged and may look like jelly.

Bloody show happens when your cervix shows progressive changes such as softening, effacement, and dilation.

According to Merck Manual, these progressive changes cause the veins in the area to break, which is why you see the bloody discharge.

Some doulas believe that bloody show means a faster onset of labor, so it’s definitely not a bad thing to see – although too MUCH blood needs to be assessed.

Why and when does bloody show occur?

Bloody show can occur for a few reasons.

The most common reason for bloody show is that your cervix has started to soften. Which causes the tiny capillaries in the area to break, leading to the bloody discharge you can see.

Bloody show can be seen at the same time you’re losing your mucus plug, which is due to the changes in your cervix toward the end of pregnancy.

You can also see bloody show after a vaginal exam from your doctor, or after sex with your partner.

Bloody show typically happens at the end of the third trimester, and can often signify that your body is getting ready to go into labor within the next few weeks.

When should I worry about bloody show?

It can be difficult to know when to worry about vaginal bleeding during late pregnancy. The safest bet will always be to consult your doctor (although keep in mind – bloody show is perfectly normal).

The most common cause of bleeding is your cervix softening, and the loss of your mucus plug. You can read more concerning issues that can cause bleeding in late pregnancy, or we have summarized them for you below.

Placenta Abruption is a premature separation of a normally implanted placenta from the uterine wall before delivery. This can decrease or completely block your baby’s supply of oxygen and nutrients. Only about 1% of women suffer from this [source].

Vasa Previa is a condition in which fetal blood vessels cross or run near the internal opening of the uterus, which increases the risk of rupture of these blood vessels.

Because of the small fetal blood volume, a small amount of blood loss could potentially mean fetal death. This only happens in about 1 of 2500 births [source].

Placenta Praevia means ‘low-lying placenta’. Your placenta is sitting at the bottom of the womb near your cervix. Sometimes it can block the cervix (your baby’s way out) which is where it can turn into a problem. This is only seen in 1 out of 200 pregnant women [source].

Side note–Notice how uncommon all of the following conditions above are. Definitely try not to psyche yourself out because chances are, your progression throughout pregnancy and childbirth will likely be normal.

What is the mucus plug?

Your mucus plug is just that–a plug made of mucus. It acts as a barrier between your unborn baby and the outside world. It helps keep unwanted bacteria, as well as other sources of infection from traveling into your uterus.

The mucus plug starts to form in early pregnancy, and your body will keep producing mucus throughout the remainder of your pregnancy.

The color of your mucus plug can vary a bit, but in general it is somewhere between transparent and bloody. I remember losing my mucus plug with my first daughter, and it looked like clear jelly-like discharge–just a lot more of it.

What happens when you lose your mucus plug?

Many women believe the common misconception that losing your mucus plug is a sign that your baby is almost here. It’s “common knowledge” that these two things go hand in hand–and it usually takes a little digging to figure out otherwise.

You can lose your mucus plug right before labor, or sometimes up to two weeks before labor begins.

Related: How to Overcome the Fear of Childbirth

Interestingly, the mucus plug can grow back if you lose it too early, so you shouldn’t worry too much if you think you may have lost it. Mention it to your doctor, and recognize it as a potential soft sign of labor.

How soon after losing your mucus plug does labor start?

It can be difficult to say when labor will start after you have lost your mucus plug. For some women it’s a few hours, others it’s a few weeks.

Although losing your mucus plug is a sign of cervical dilation, this alone is not a reason to go into the hospital.

If you’re concerned that you’re going into labor, there are other signs you can watch out for.

Is it safe to have sex after losing your mucus plug?

According to Robert Wool from the Bump, sexual intercourse is USUALLY safe after the mucus plug has been lost. There is at least one big exception.

If you have tested positive for Group B Strep, the risk of infection is greater once the mucus plug falls out. It will be safer to consult with your doctor first, and especially so if you have a high-risk pregnancy.

Did you know there could be a difference between bloody show and mucus plug? I would love to hear about your experience with soft labor symptoms in the comment section below! 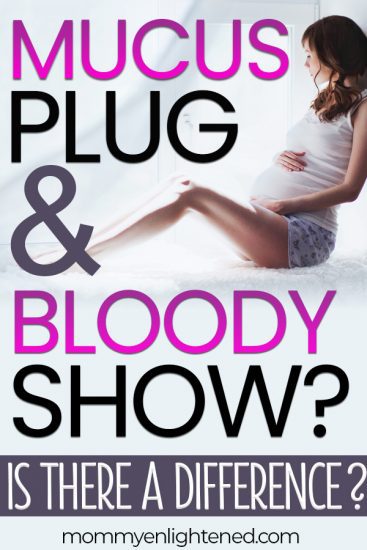 This site uses Akismet to reduce spam. Learn how your comment data is processed.

We are a participant in the Amazon Services LLC Associates Program, an affiliate advertising program designed to provide a means for us to earn fees by linking to Amazon.com and affiliated sites.